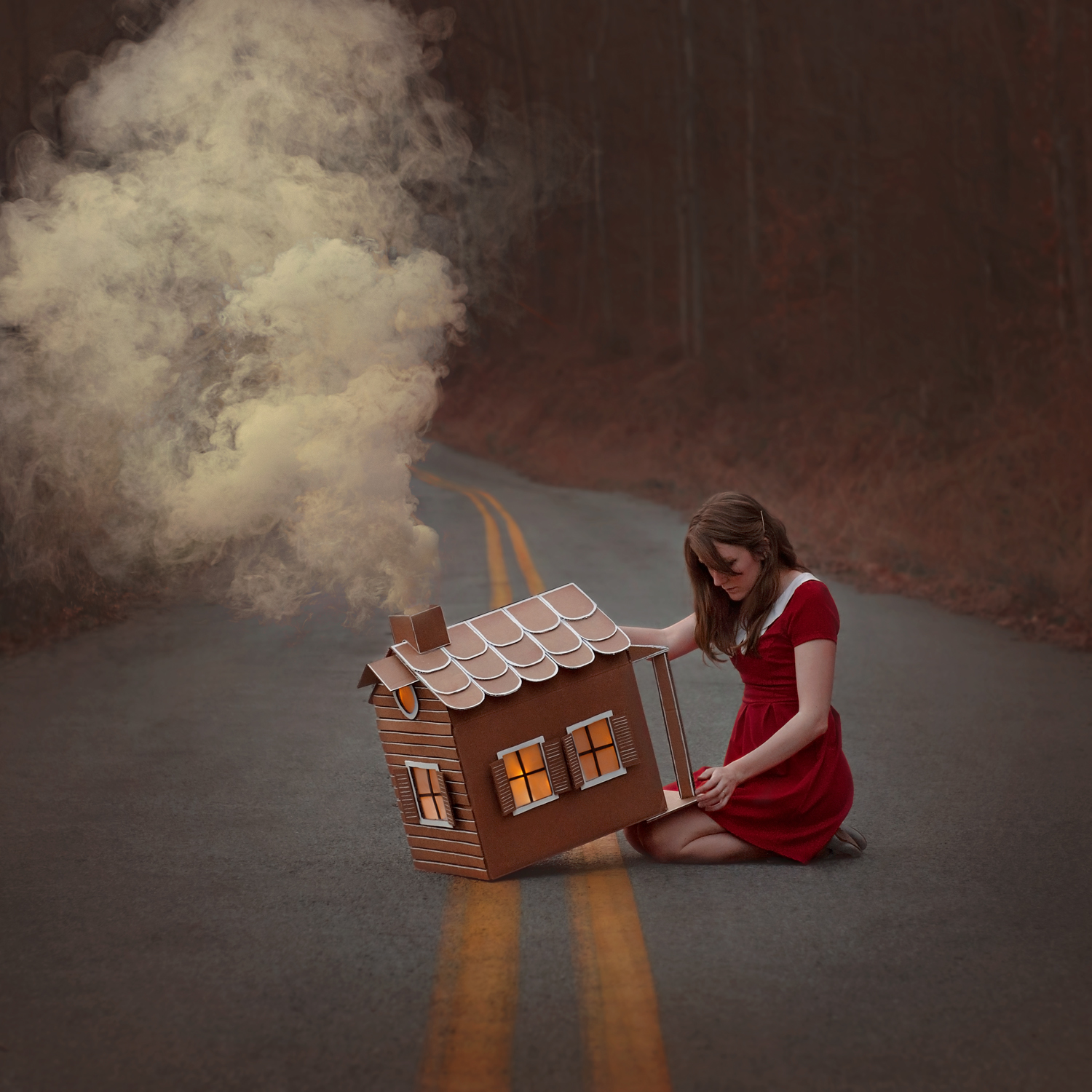 This photo has been sitting in my head for a while, I sketched out the idea last year and forgot about it until recently. Originally, it represented the feeling of being on the outside looking in, not quite fitting. Given current events and the Stay at Home order in effect, this photo feels a bit sarcastic now. I’m so thankful for the ways God has provided during these strange times but I’m also ready to leave the house and not look back.

I made the house out of cardboard boxes – keeping my cats out of it during construction was a monumental task. Of course, as soon as I was done using the house for my photo the cats wanted nothing to do with it. 🐈

It took me a couple of tries to recreate the image I had in my head. The first night of shooting I went to a walking trail down the street from my house. The trail was in the woods and I thought the trees would make a neat backdrop but after I got home I realized the images just looked cluttered. After a few nights of scouting for a new location I found a windy road in a nearby park that was closed to cars. The soft trees in the background and the curve of the road were just what I was looking for! 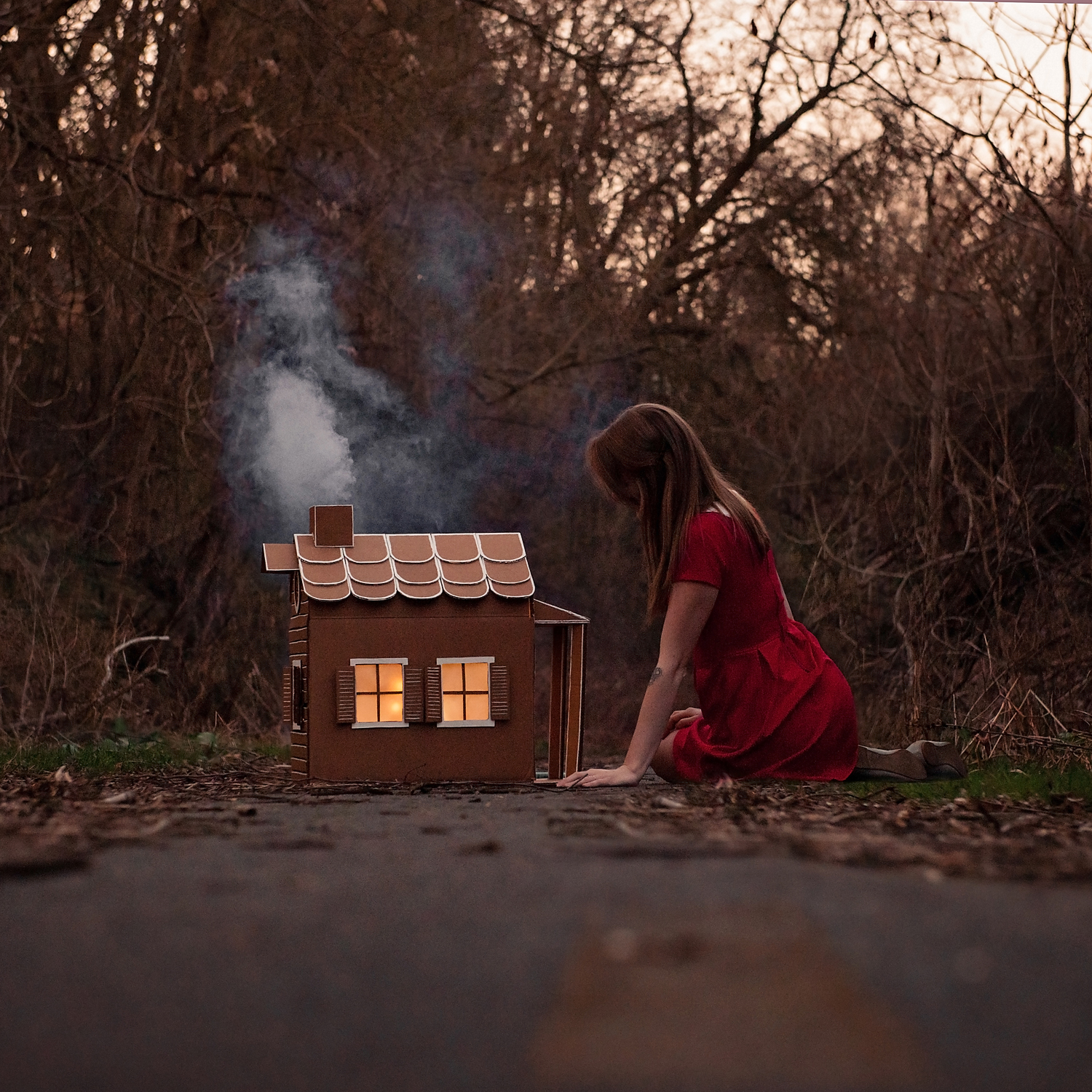 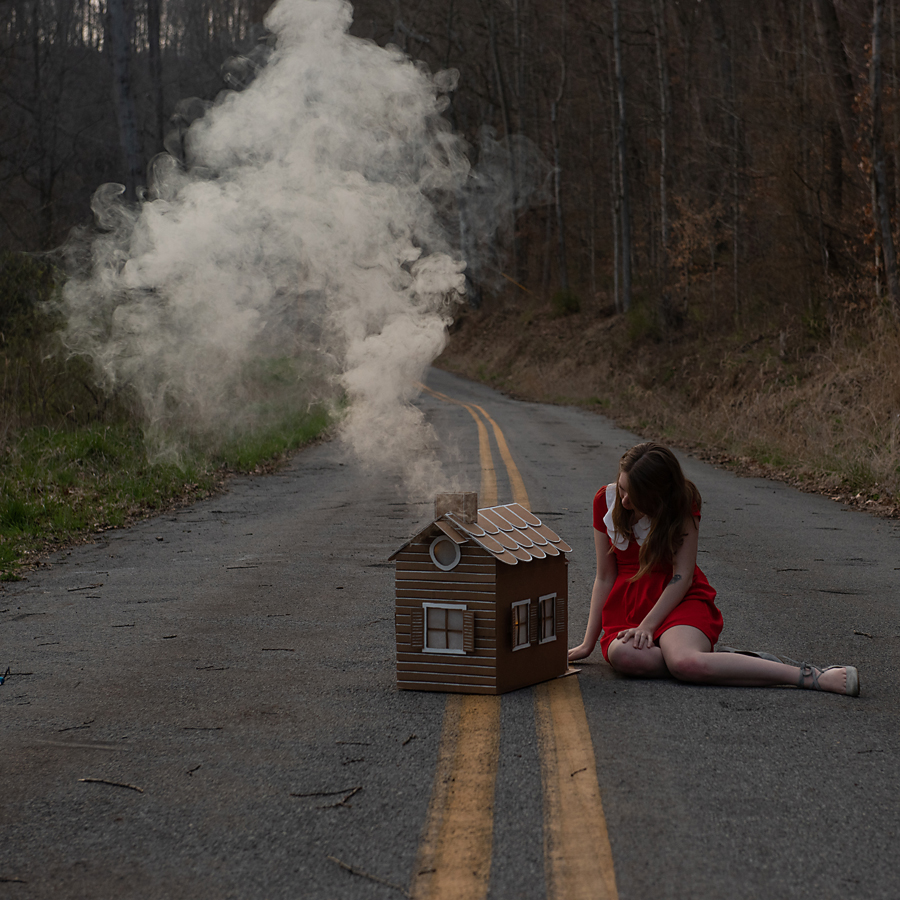 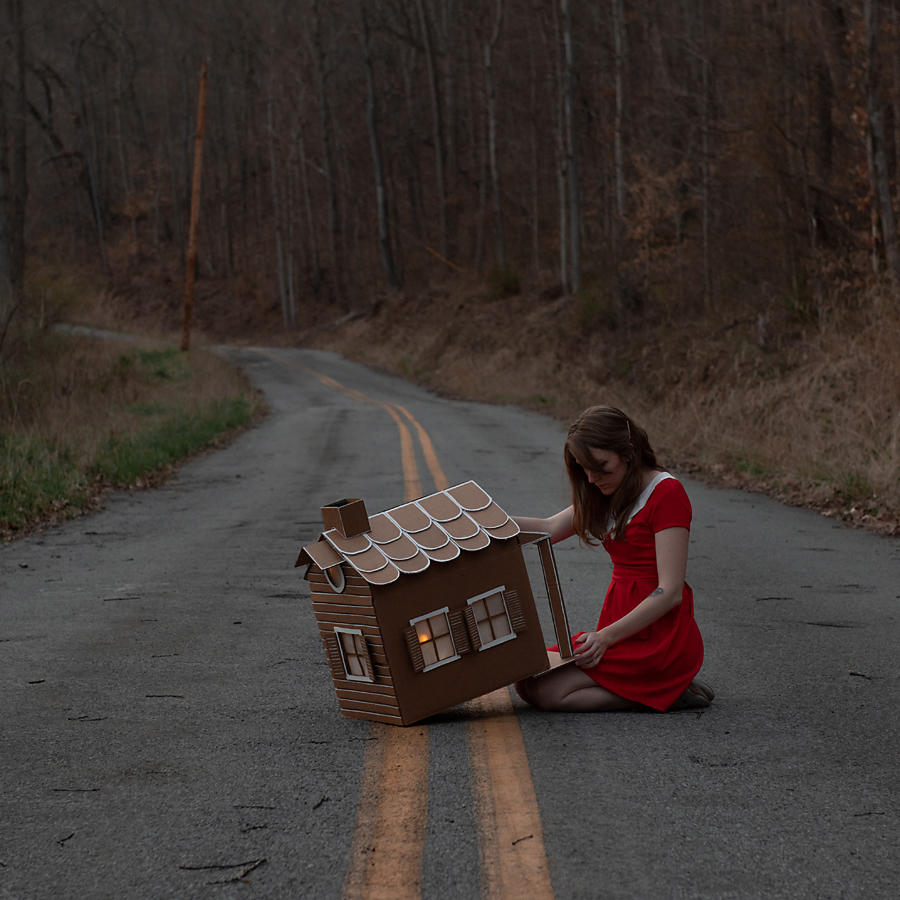 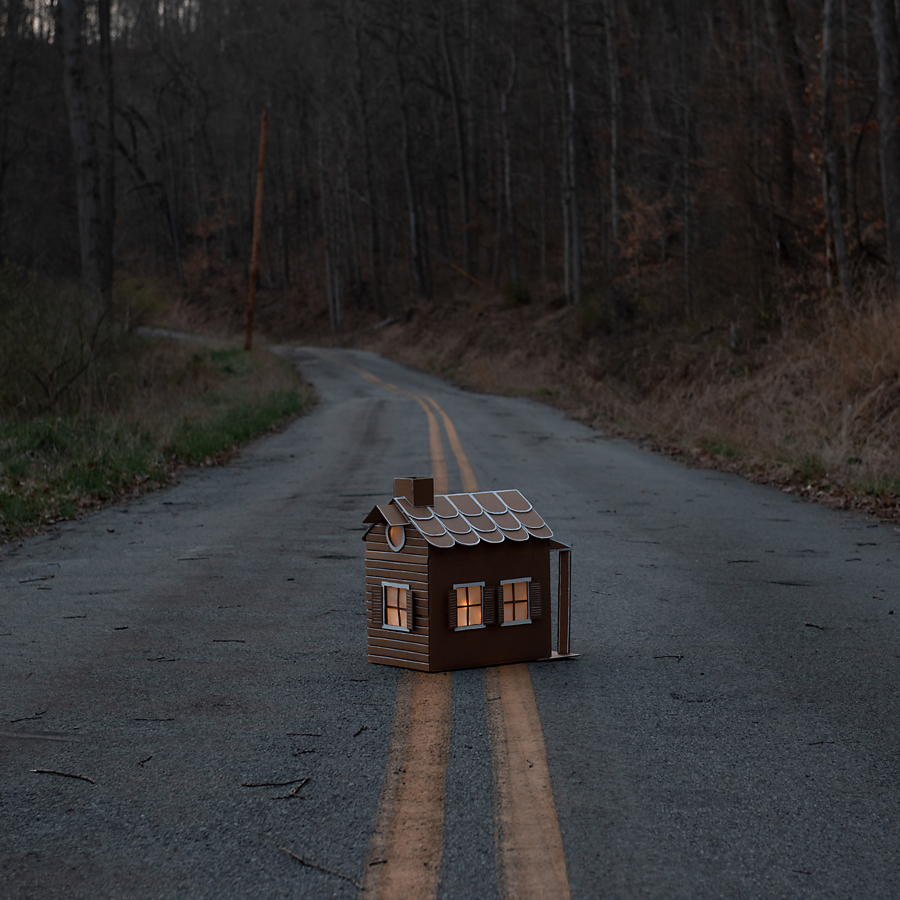 Next stop: Photoshop. I began by brightening the main image and then layered in the smoke and interior lights. To give the image a whimsical feel I blurred the background and played with the colors until it had a more monochromatic color scheme. Removing the sticks from the road was next on my list – bye distractions! Some final tweaks were made to the tones and lighting, and voila!